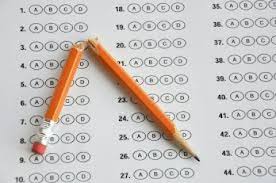 A couple of days ago a New York area code popped up on my cell phone. I didn’t recognize the number—but when a teacher on the other end of line said that she was organizing a testing boycott at her high school, I certainly recognized the situation.

Emily Giles, a teacher at International High School at Prospect Heights, told me about a standardized test that was disrespecting the schools’ English Language Learner (ELL) students’ cultural and linguistic diversity. She told me about ELL students who were brought to tears during the fall pre-test administration of the exam because of the level of English used was far above the level of beginner ELLs—and thus provided very little useful feedback for the teachers. Emily told me about a test that some 50% of the parents were already set to opt out of. And she told me of the dedicated educators who were no longer willing to see their students humiliated or their profession degraded by the abuses of the NYC ELA Performance Assessment Test.

Similar conditions arose in Seattle last year when my colleagues at Garfield High School refused to administer the MAP test—and succeed in making the test optional for high schools. When I spoke to Emily, it was clear that she and her coworkers had already set in motion all the key components to a successful direct action campaign against the tests. We discussed how there are no guarantees about the outcome when you engage in civil disobedience, but that because her colleagues had built such a strong base of support among teachers and parents, if the staff truly felt that they could not administer this test in good conscience, I thought it was worth taking this stand for her students.

I checked in with her last night as she was preparing for the press conference today to see how she was holding up. I remember the fear vividly—the cold sweats and sleepless nights—I had when we prepared to announce that Garfield would refuse to administer the MAP test, and I figured she could use some support. What she told me let me know that these teachers are ready to take a bite out of the Big Apple. She said,

I’m feeling a little nervous, very excited, and completely inspired by the people I work with.  I’m feeling really happy and honored to work with people who are so passionate about what they do, and care so deeply what happens in our classrooms and the lives of the young people we work with.

From Seattle, to Chicago, to New York City, teachers are defending their students and reclaiming their humanity by refusing to be reduced to a test score.

Today is May Day—international workers’ day. There is no better way to celebrate the struggles of workers today than by supporting these courageous educators at the first high school in New York City to boycott a standardized test by signing on to the petition in their defense.

Today is also my late Grandfather’s birthday. Happy Birthday Grandpa Chuck! Chuck was a conscientious objector during WWII. I said to him once near the end of his life, “Weren’t you afraid of how your peers and society would look at you for not going to fight in the war? That must have been a hard decision.” He paused before he spoke and I have never seen my gentle, soft-spoken grandfather look so fierce. To be honest, his look gave me a scare. Then he replied, “No it wasn’t hard at all. What would have been hard would have been to kill someone.”

That same gentle fierceness of spirit burns within the conscientious test objectors at International High School at Prospect Heights.

Don’t give up. And when you reach the end of your life, you will look back in certainty at having made the only choice you could have: Following your convictions in pursuit of justice.

One thought on “The New Conscientious Test Objectors at International High School in NYC!”