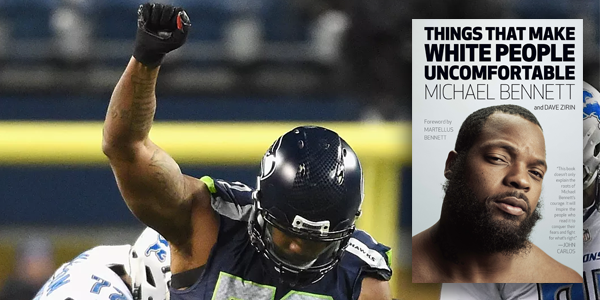 Last night was one of the more meaningful and and enjoyable evenings of my life. 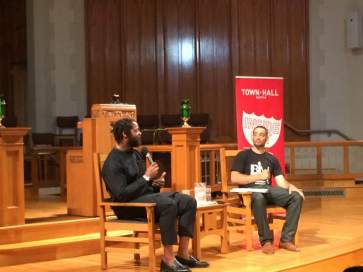 I had the great honor of joining Super Bowl champion, three time pro bowler, proud feminist, and my good friend Michael Bennett in conversation at a sold out Town Hall Seattle event. In this wide ranging conversation, we talked about the the outspoken players on the Seahawks, Michael reconnecting with his birth mother, his commitment to feminism and intersectionality, his decision to not go on a state sponsored trip to Israel to play in front of Trump and Netanyahu, the N-word, food justice, why he sits for the national anthem, the movement for Black lives, the Las Vegas Police threatening his life, his commitment to education and supporting youth programs, the spiritual awakening he had during his recent trip to Africa, and so much more.

What made this conversation so meaning for me, is that I got to tell him, in front of hundreds of people, how much I’ve learned about leadership, empathy, dedication, and friendship from him.  What made this experience so riveting for everyone there was how raw, vulnerable, wise, and uproariously funny Michael Bennett is.

Watch this video and be changed. 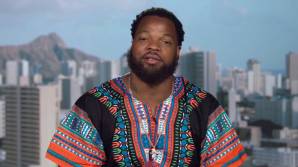 Michael Bennett is a Super Bowl Champion, a three-time Pro Bowl defensive end—as well as a fearless activist, a feminist, a grassroots philanthropist, an organizer, and a change-maker. He’s also been called one of the most scathingly humorous athletes on the planet, a trait that shines as he joins us to share excerpts from his book Things That Make White People Uncomfortable. He joins in conversation with activist and teacher Jesse Hagopian for a deep examination of turbulent times in America and their effect on the relationships of black athletes with powerful institutions like the NCAA and the NFL. Together they turn a critical eye on problems of racism and police violence unfolding in the public eye, and explores avenues for community action. Bennett advocates for the critical role of protest in history and highlights the responsibilities of athletes as role models to speak out against injustice. Jesse Hagopian teaches Ethnic Studies and is the co-adviser to the Black Student Union at Garfield High School. Jesse is an editor for the social justice periodical Rethinking Schools is the co-editor of the new book, Teaching for Black Lives, and is the editor of the book, More Than a Score: The New Uprising Against High-Stakes Testing. In 2015, Jesse received the Seattle/King County NAACP Service Award, was named as an Education Fellow to The Progressive magazine, as well as a “Cultural Freedom Fellow” for the Lannan Foundation for his nationally recognized work in promoting critical thinking and opposing high-stakes testing.  Jesse blogs at his website, www.IAmAnEducator.com and you can follow him on Twitter.

Presented by Town Hall Seattle as part of the Civics series.