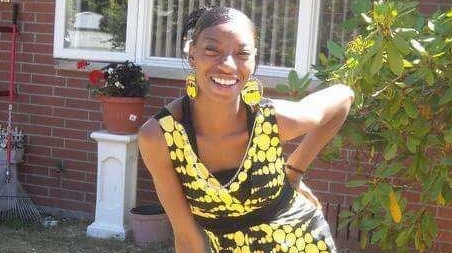 One year ago today, on June 18, 2017, two Seattle police officers entered the apartment of Charleena Lyles.  The police had been called by Charleena because she feared someone was breaking into her home.  Within minuets of entering the apartment, the officers shot her down in a hail of seven bullets, with at least three of them in the back.  The officers alleged they had to use lethal force because Charleena had a paring knife. One of the officers was supposed to have a taser, but had not properly charged it, so he did not bring it with him–a violation of department policy.  Charleena was pregnant and was killed in front of three of her four kids, who had to be carried over her body to leave the apartment.

The media quickly moved to try to paint Charleena as undeserving of empathy because of her battles with mental health problems.  That’s why I quickly organized a mass action with the Seattle Education Association to have hundreds of teachers at every school in Seattle show solidarity for Charleena and her family.

Earlier that school year, on October 19th, some 3,000 educators wore shirts to school that said, “Black Lives Matter: We Stand Together.”  Hundreds is families and students did too. Many of the shirts also included the message “#SayHerName,” a campaign to raise awareness about the often invisible state violence and assault of women in our country.

Only two days after Charleena’s was killed, on June 20th, 2017 hundreds of Seattle educators, including those at the schools where her children attended, put those Black Lives Matter t-shirts back on to send a message to the people of Seattle.  That mass action to show that Charleena’s life was valuable to our community and that her family was deserving of our love helped to change the some of the media narrative about the value of Charleena’s life–and is one of the things I am most proud of ever having helped organize. I went on to introduce then Seattle Seahawk Michael Bennett to Charleena’s family we all together organized a city-wide rally and benefit for Charleena’s family to raise awareness and money to support her surviving children.

Recently, The University of Washington’s School of Public Health and Seattle Town Hall partnered to host a the forum, “Community and Legal Strategies To Stop Police Violence,” featuring leading activists and scholars who are organizing for systemic change to the crisis of police brutality. The event was a tribute to Charleena Lyles as the one year anniversary of her death approached.

I joined a panel that was moderated by professor Clarence Spigner of the University of Washington’s School of Public Health and included poet and relative of Charleena Lyles, Nakeya Isabell; Charleena’s cousin Katrina Johnson; activist Jorge Torres; former police chief Norm Stamper; David Correia, author of Police: A Field Guide; Alex S. Vitale, author of The End of Policing; and Michele Storms of the ACLU.

Watch this video, “Community and Legal Strategies To Stop Police Violence.”  Join the rally today for Charleena Lyles.  Share this story about Charleena Lyles so her name will always be remembered.  And get active in the movement to defend Black lives from police murder.