The #BlackLivesMatterAtSchool event in Seattle yesterday was breathtaking.

Never before in the country has an entire district of educators risen up to declare that Black lives matter. It’s hard to even put into words the power of this event. It has been reported that 2,000 teachers wore Black Lives Matter shirts to school across the district–in fact, the number was much larger than that.  That is the number of shirts that were ordered from the Social Equality Educators, however, many schools made their own shirts. Families made buttons and distributed them to schools.  Some parents set up informational booths in front of their school with resources for teaching about racism. There was a joyous atmosphere around the city.  Many educators around the city took the day to teach students developmentally appropriate lessons about institutional racism and hold dialogues about Black lives matter.

There is so much work left to be done to make Black Lives truly matter at school. But at the rally for Black lives at lunchtime at my high school, Garfield, something happened that let everyone know that change is already happening.

One of our teachers, Janett Du Bois, revealed to everyone in the middle of our rally that the police had murdered her son a few years ago. No one at our school knew about this. It was in that moment of seeing everyone wearing  Black Lives Matter shirts that she found the strength to tell her story. Her bravery to go public with this has changed Garfield forever.  I am so glad that she no longer has to suffer alone with the pain. Here is a short news story that doesn’t do her full speech justice, but will give you a glimpse: http://www.king5.com/news/local/seattle/2000-seattle-teachers-to-wear-black-lives-matter-shirts/338419052

Here is a link to some of the best photos taken of the day from a Seattle Public Schools parent, photographer, and author Sharon Chang: https://sharonhchang.com/blacklivesmatteratschool/

Below are just some of the photos of schools from around Seattle who participated in #BlackLivesMatterAtSchool: 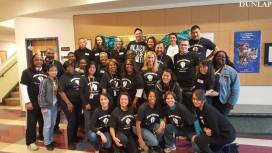 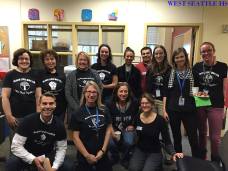 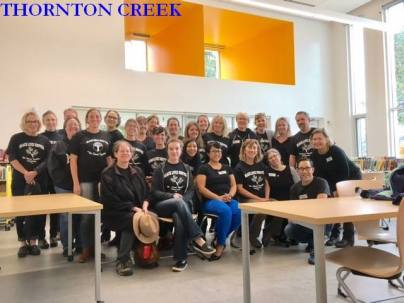 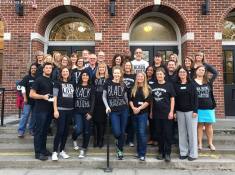 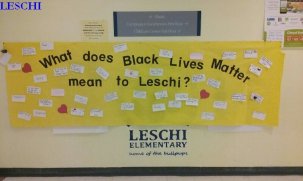 6 thoughts on “Thousands of Seattle teachers wore Black Lives Matter shirts to school. Here’s what it looked like.”