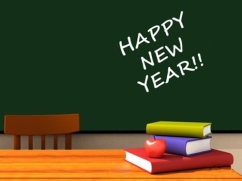 My younger son was born–on Martin Luther King Jr.’s, birthday, no less–only two days after my colleagues at Garfield High School announced that they were going to defy corporate education reformers by refusing to administer the Measures of Academic Progress (MAP) test.  Seeing my older son receive an unparalleled education at his play based preschool, while becoming a loving big brother; getting to know my magnetic, now almost one-year-old, son; and participating in the collective resistance of the MAP test boycott with my fellow educators at Garfield, made 2013 a defining year in my life.

There were many inspiring struggles to defend public education and create a more just society in 2013. The teachers in Seattle who refused to administer the district mandated MAP test, and helped ignite a national movement to curb the abuses of standardized testing, are honored to be included in these remembrances of the most important acts for social justice of 2013:

In 2014, I resolve to redouble my efforts of raising a family and a movement for authentic assessment. Happy new year to everyone in the struggle for social justice!  May 2014 be the year the education revolution defeated education reform!