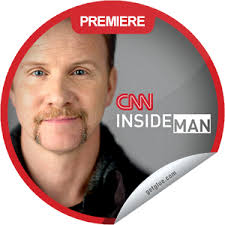 I am excited to announce that during the historic MAP test boycott in Seattle this year, Morgan Spurlock (who made the award wining film “Super Size Me”) sent a film crew from his new hit TV show on CNN, “Inside Man”,  to cover our story as part of a piece for his upcoming episode on education in America.

So mark your calendar, clear your schedule, or set your DVR:
This education episode of the documentary series “Inside Man” will be airing on CNN this Sunday, July 21st at 7pm Pacific Time, 10pm ET.
I hope that you’ll watch the show and I invite you to follow, engage and interact with Inside Man using hash tag #InsideManCNN and handle @InsideManCNN on Twitter and at Facebook.com/InsideManCNN.  Let the producers know what you think of the show.
Here’s to the growing awareness of the abuses of standardized testing!